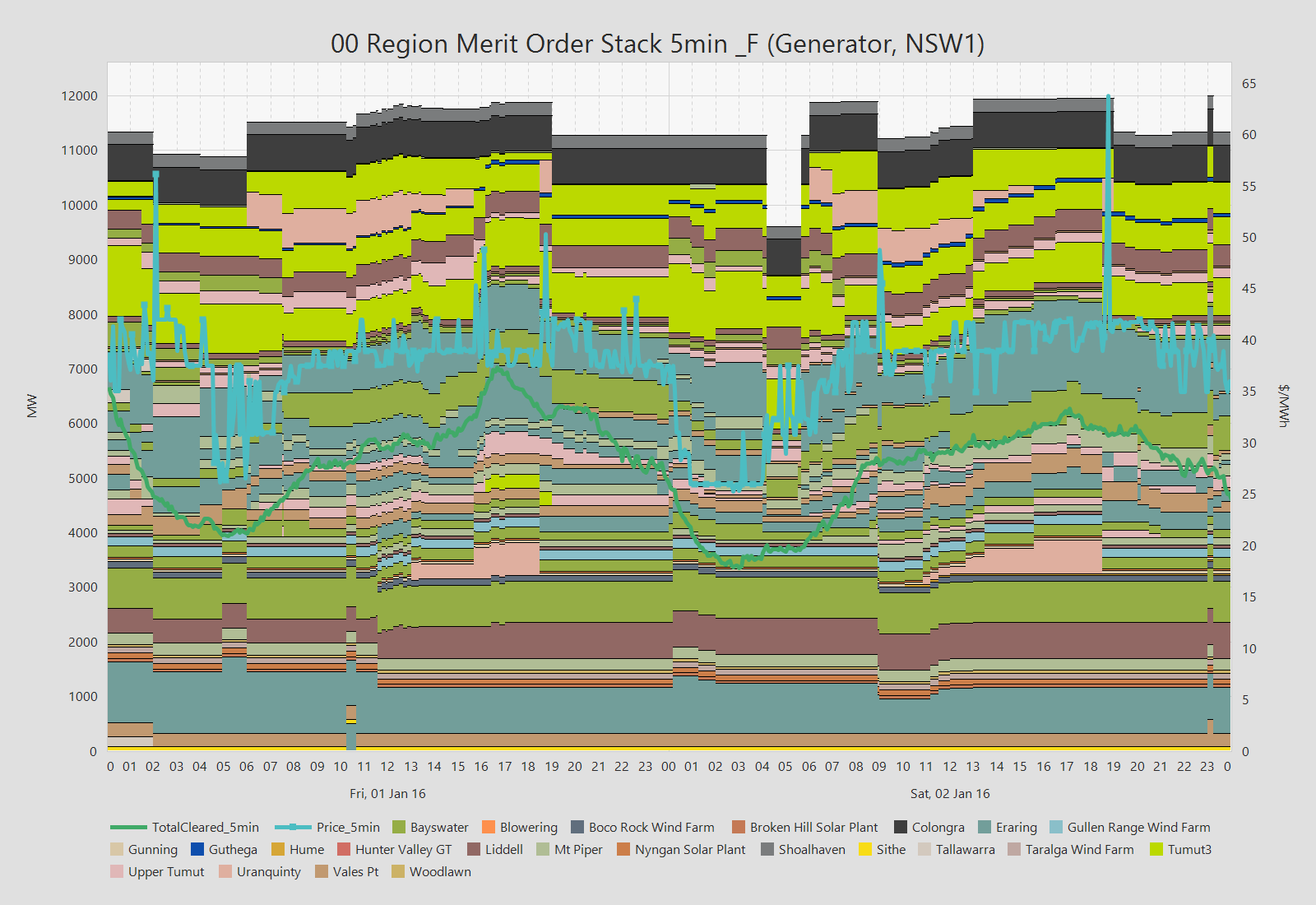 The NEO Bids Accelerator (NBA) is a batch process that reads from NEM MMS bids tables, removes repeated data and writes it out to two separate tables either on the MMS or a separate schema or server. All the original information is retained in the “accelerated” data but typically it is only 10% of the original size thus requiring reduced storage and backup capacity. Less records means that NEO bid reports run up to 20 times faster.

With a low end database server containing the last two years of data (note your database server will run much faster with say one month of data stored), the results are as follows: